by Staff with Agency Report 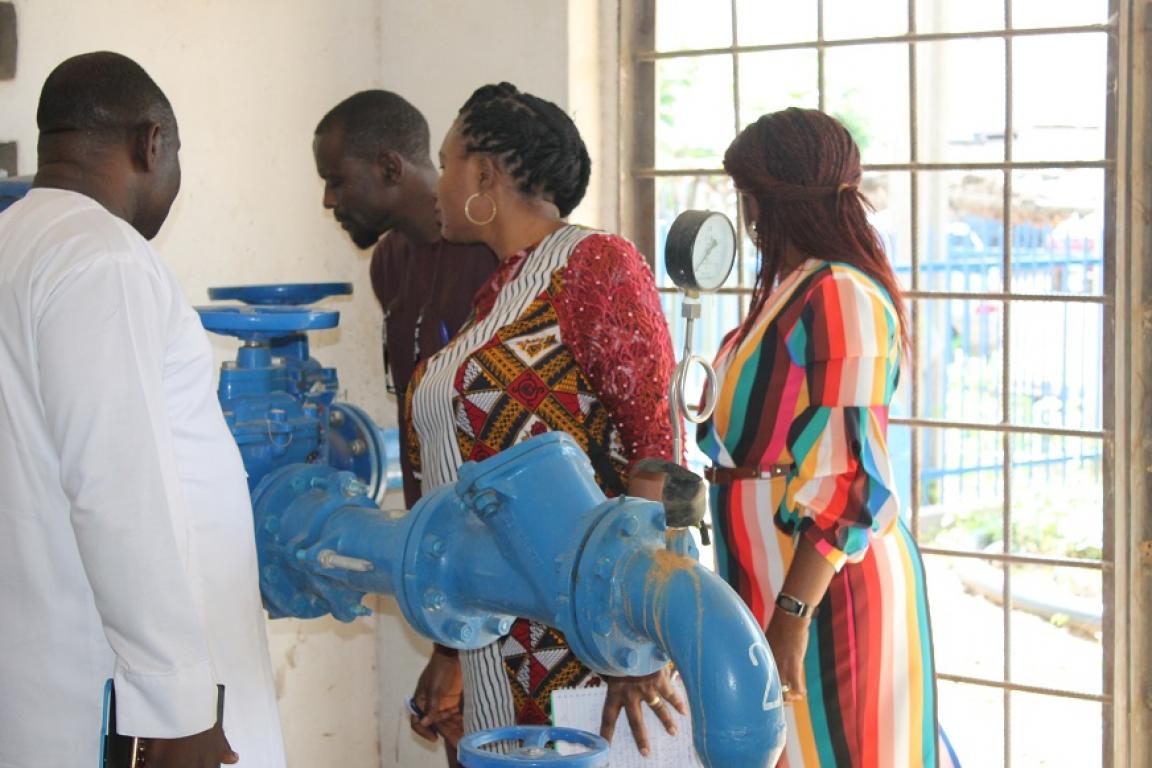 The remark came when the FPIU of NUWSRP Supervision Mission Team visited the state to assess level of utilization of the water scheme loan intervention.

Speaking at the meeting, the Assistant Director/ Project Accountant, Mr Umar Bashir of the National Urban Water Sector Reform Project, said the agency had performed creditably based on what is on ground but there is still need for improvement so as to avoid complacency. He commended them on the step the agency took by creating a special unit in charge of non- revenue water.

Furthermore, Mr Umar added that an enabling environment in the agency where this Policy and Water Law becomes functional are made available as soon as possible, he concluded by assuring them of the support of the NUWSRP.

A courtesy visit was paid to the Permanent Secretary Taraba state Ministry of Water Resources, Mrs. Jemina Nathans and she expressed her appreciation, stating that the visit will go a long way in motivating them to do more. She also promised to take some of the observations and pending issue to the Governor for further discussion and actions.

Meanwhile, the General Manager of the corporation, Engineer Musa Buba Siam said the agency has remained focus, breeding new ideas to meet up with challenges in the sector; he thanked the AFDB for the loan intervention, saying that the loan has made a dramatic change in the sector. According to him, before the AFDB intervention the water sector in the state was comatose.

Speaking on the non-revenue water unit of the agency which is his brain child, he said if that area is tackled most others would be easy to take care of.

“Non-revenue water and surveillance directorate was created in February, 2018 by the Management of the Taraba State Water Supply Agency Magami, Jalingo. This step was apt in the effort by the Management to adopt best global practice in managing water utility from a government institute to a commercially viable private company.\" said Engr Musa

The department is optimistic with the current GIS technology being an effective tool for implementation and monitoring of municipal infrastructure.

Statistic available also indicated that water supply per day was at 3000 km3 before the intervention but now has risen to 5,269m3 and projecting 30,000m3 by 2035. Water coverage was 30% but now moved to 55% with projection of 80%by 2022. The agency’s hours of operation before the AFDB intervention was 8 but now the agency operates 16 hours per day with a projection of 24 hours in 2019.

There was no single meter connection before the AFDB facility but now they have 394 metered connections with a projection of 35,000 as the agency still has a lot of meters in stock and is working towards connecting more customers in the months ahead.