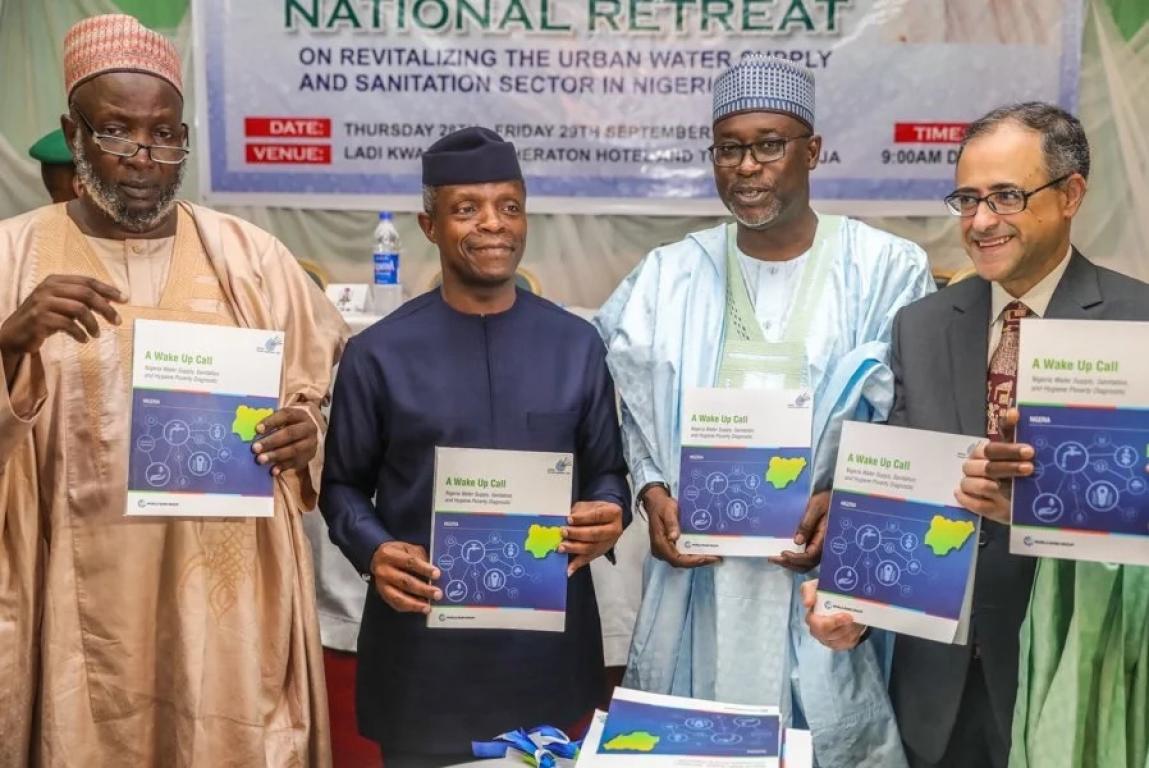 Our staff with Agency report

Vice President Professor of Nigeria, Yemi Osinbajo has said that governments at all levels need to redouble their efforts to ensure Nigeria meets its water supply and sanitation demands.

Osinbajo made the statement at the National Retreat on Revitalizating Urban Water Supply and Sanitation, on Thursday, September 28 in Abuja.

According to him, the water demand-supply gap in the urban areas should not be allowed to continue as the population increases. He stated that clean portable water for human consumption and other uses together with adequate sanitation was critical to Nigeria's socio-economic development.

"From the inception of this administration, we have demonstrated serious commitment to the development of the water sector by first of all preserving the ministry of water resources and appointing a seasoned engineer as the minister. Our country is vast with increasing rate of urbanisation, recent indices for water supply and sanitation access calls on government at all levels to redouble their efforts and work in synergy towards meeting the nation’s water supply and sanitation demands."

He urged the participants at the retreat to think outside the box and come out with practical solutions that will rapidly improve access to pipe-borne water and adequate sanitation in urban areas.

He also praised the efforts of the World Bank and other development partners for their support to the Nigerian water sector.

In his keynote address at the retreat, the minister of water resources, Engineer Suleiman Adamu, noted that the Nigeria constitution allowed the issues of water supply and sanitation services to be handled by the three tiers of government.

He therefore called for a serious review of the policy with a view to fashion out a model that will enhance more collaborative efforts of all the three tiers of government and to promote private sector participation and access to other sources of funding the urban water supply and sanitation.

On his part, the World Bank Country Director, Mr. Rachid Benmessaoud, said "Improving management of water resources is key to the water security of Nigeria and to the country's economic and social development. We hope today's retreat can trigger a call for urgent remobilization and action of all stakeholders to address the water and sanitation sector emergency in Nigeria."