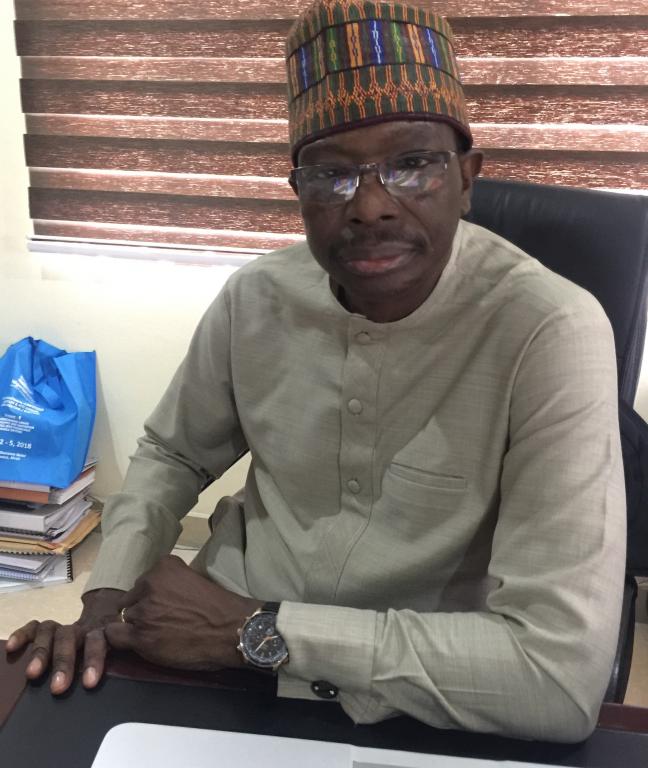 Mr Fashoyi Olabode, who was born in Lagos State in the year 1964 is a Water & Sanitation Expert with 25years working experience as a professional in the Water Sector.

He attended the Lagos Island Primary School I, Ebute-Elefun, Lagos Island for his primary education and he proceeded to Premier College Yaba and CMS Grammar School for his Secondary School and HSE respectively.

He had his University Education at the great Obafemi Awolowo University, Ile-Ife for his degree and obtained in 1990, a B.Sc (Hons) Biochemistry.

Mr Olabode joined the public service in 1993 as a Scientific Officer of the Federal Ministry of Water Resources, where he participated in the establishment of the National Water Quality Laboratory and Monitoring Network and also the Local Manufacture of Water Supply/ Treatment Chemicals and devices.

He also was on the team that worked on various projects like the Initiative on Rapid Drinking Water Quality Assessment Project and the Development of the Implementation Strategy for the Improved National Access to Water Supply and Sanitation Programme.

In 2001 to 2004, He was the Zonal Coordinating Officer on Urban Water Supply Projects in the North East zone, the Desk Officer for BIU Water Supply Project and participated in Supervision and Management of Consultants and Contractors Contracts under the project.

From 1996 to 1997, He was in Germany where he went to Institut Fur Umweltverfahrenstechnik, University of Bremen, Germany for his PGD in Waste Water Treatment and Management program.

In 2004, he became the Project Procurement Officer of National Urban Water Sector Reform Project, a World Bank Assisted Project and served also as a Desk Officer in charge of Consultancy for the Establishment and implementation of Water Resources Data Bank, Strengthening of Water Supply and Sanitation policy assignment, Baseline Survey for South West Zone assignment.

He was the Officer in charge of Water Supply and Sanitation Policies for Lagos, Ogun, Kaduna and Enugu States. Some of the activities carried out was the study of existing Institutional framework for delivery water supply and sanitation services to consumers in the four states. Identified the technical and human capacity of the existing WSS institutions to efficiently deliver WSS service.

He is presently a Deputy Director of Water Supply Department in the Federal Ministry of Water Resources and became the Acting National Projector Coordinator of National Urban Water Sector Reform Project on July 2016 where the project has been in partnership with the World Bank, Africa Development Bank, French Development Agency, Islamic Development Bank and USAID.